Were cars provided to partners a taxable benefit?

An individual owns connected businesses that run through a partnership and a limited company. The partnership provides each partner with a car that they also use for company business. Will this result in a taxable benefit in kind? 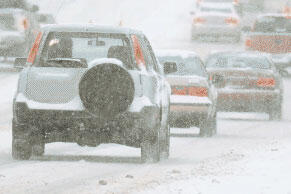 The taxable income of business partners is determined under entirely separate and very different rules from those which apply to directors. The latter are taxable as employees and the former as self-employed. A director who is provided with a car by their company is liable to tax on a benefit in kind but a partner who is provided with a car by their partnership is not. As far as tax on cars is concerned there’s an apparent advantage to have a partnership pay for buying and running a car rather than a company. The trouble is the tax position gets murky if the partnership pays initially but the company subsequently contributes.

Employment income or not?

Assume that the company and partnership run different aspects of a related business, say design services (partnership) and construction services (company). While the cars are partnership property, if they are also considered to be made available by the company a taxable car benefit would arise. The key factor in determining if it does is whether, in the words of the benefits legislation, the cars are provided by “reason of employment”. This point was tested in the case Leaside Timber and Builders Merchants Ltd (LTBM) v HMRC 2012. A number of judgments, including that in LTBM , confirm that it doesn’t matter if a car is provided by more than one business or organisation, the “by reason of employment” test must be considered in isolation. If the test is positive then the car is taxable as an employment benefit in kind regardless of how it is treated for tax purposes by other businesses or individuals.

In LTBM the Tribunal thought it an important factor that after the end of each financial year the partnership would work out the total costs of buying and running the cars and recover them from the company. The Tribunal took the view that one of the main purposes for the existence of the partnership was to provide cars indirectly to the directors of LTBM so that car benefit tax was avoided. However, the cars were provided because the individuals were directors of LTBM , i.e. by reason of employment, and so the mechanism behind that was irrelevant.  Because of the decision in LTBM there seems nothing to prevent HMRC from arguing that a taxable benefit arises if a company contributes to the cost of a car, e.g. by paying a director a mileage allowance, for a car which is owned by a connected business or individual. However, this should be strongly disputed.

A key factor in the Tribunal’s decision in LTBM was the link between the cost to the partnership of buying and running the cars and the amount it charged LTBM . If it can be shown there is no such link, HMRC can’t reasonably argue that the judgment in LTBM is relevant. Where a company pays a mileage allowance for business travel covered in a partnership car, and there’s no other financial adjustment or payment by the company to recompense the partnership for the cost of the car, the car benefit tax does not apply.